Why do We Have Fingernails? 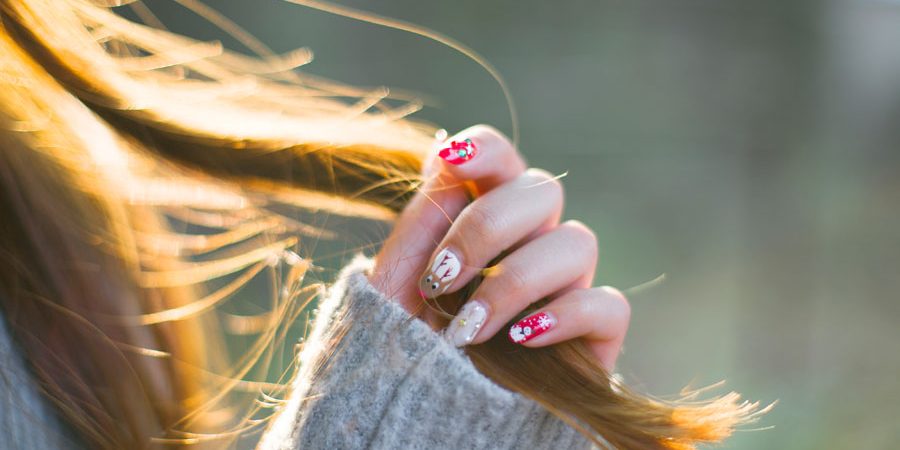 Why do we have fingernails and what is a nail really? Most of us don’t really think about what our nails are made of and what their purpose is, we just take them for granted. But if you are a nail biter, its good to know about this.

Your fingernails are made of coated layers of a protein called keratin, which is the nails key structural component. Protein can also be found in hair and skin and as well forms the basis of claws, horns, and feathers. The keratin is found in the outer layer of the nail and it is what gives fingernails their strength and flexibility. As the finger nails grow and reach out of our skin, the cells actually die and that is why we can cut our nails without feeling pain.

Fingernails consist of several parts and understanding the anatomy of a nail helps you to understand that there is much to consider when you bite your nails:

A fingernail is actually a living tissue and it is produced by living skin cells. Once new cells grow in the matrix, the older cells are pushed out and become the flattened, hardened form of the fingernail.
The nail needs blood and oxygen to survive and between the nail bed and the nail plate there are microscopic connections that provide the nutrition needed.

So why do we have fingernails?

There is a debate about why we have nails. Some scientist say that the origin is unclear whereas some archaeological findings say that fingernails on humans started to be flattened at the time humans started to use stone tools. Whatever is the fact, we know today that they are practical for us. Think about when you use your nails. We use them for scratching, peeling an orange or picking up small things such as a hair. Without them everyday tasks would be more difficult and time consuming.

Often we do not even realize why we have nails. Nails are for humans like claws are for an animal. Our nails are just a flattened version of a claw and apart from using them to scratch, grab and remove small parts, they are also protecting the tips of our fingers and toes with the hard surface.

Besides being practical they also serve as a beauty component which we humans like to expose with nail polish and give an artistic expression.

How do the nails grow?

Nail growth begins at the root and in average a healthy fingernail grows 0.1 mm each day (which is about 3 millimeters a month). Depending on your age and sex this may vary. Fingernails generally grow faster in young male people. There is one exception and that is for pregnant women who tend to see a change where their nails are growing much faster.

Nail growth is also dependent on other factors such as your health, your nutrition, if you are affected by a disease or the aging process. Another interesting fact is that the fingernails on the right hand of a right-handed person grow faster than those on their left hand, and vice versa.

If you were to lose a nail, then you can expect it to take about 3 to 6 months to completely be replaced.

Compared to the fingernail, the toenail is growing much slower, in average 1,6 millimeters a month according to the American Academy of Dermatology. A toenail takes 12-18 months to be completely replaced.

If we were to leave our nails from be trimming they would not stop growing and can be extremely long. Eventually if the nails are not trimmed they grow in long, twisted shapes like a ram’s horn.

What is a healthy finger nail?

A healthy fingernail is smooth, with uniform colors, with no spots or discoloration and shows no pits or grooves. Nails often reflect our general state of health and a lot can be told about our well-being looking at our nails.

If your nails are yellow it can be the result from use of acrylic nails or nail polish. Or if the nail is thickened with a yellowish tone, is characteristic of fungal infections.

So, as you can see. Nails are not just a small hard thing on top of your fingers. They have a purpose and just like the rest of our body, we need to take good care of them.